I (Almost) Saw Myself on TV

Sitting here in my pajamas watching "Mythbusters" (it's a holiday season!), I saw a commercial for a tax company that I had actually auditioned for. This has happened to me once before, where I recognized a car commercial as one that I had auditioned for. In both cases, the actor playing "my" role is a completely different "type" than I am. Both of them are older guys, and sometimes casting directors and/or producers just have a certain physical type in mind and even a good audition won't deter them. It's something that I guess most actors are used to, or have gotten used to, but it is still always exciting to me to see those final products broadcast on television. The next step, of course, is seeing myself in one of them.
Posted by Nick at 12:43 PM 1 comment:

Under a few different bridges. As it always happens, when there are interesting and exciting things happening in my career, the blog entries always suffer. And of course, the irony is that those are the moments that are the most interesting and exciting, one might argue the most worthy moments of actually being recorded. But then time goes by and the prospect of writing a generic "catch-up" entry just looms larger and larger on the horizon, so ultimately important things go by somewhat unrecorded except for a passing reference six weeks from now. And also, to be fair, I've been doing a lot of writing lately that I get paid for, so this more informal blog has to be the one that suffers.
Two weeks ago, I went out on an audition sequence for a new play workshop festival sponsored by PTW, a Philly-based company dedicated to producing plays by Philly writers, using Philly actors. I was called back for all four scripts the festival is producing, the only actor so rewarded by the different directors. After going through the evening of callbacks, I got the call that they wanted me to be a show by the same playwright as GL. At first I wasn't sure if I wanted to go back-to-back with the same writer. After some hard thinking on it, I realized that this was a chance to develop a close relationship with another theatre professional. I've been forging the same connections with a local director, so it only makes sense to link to a writer as well.
But I also won't pretend that it was an easy choice for me to decide to do this play, TS-TP. By taking this opportunity, I have to drop out of the show in Allentown, which I have previously written about. I was very excited to go back up north to work with some of my favorite artists. But when I weigh those two very appealing options, it ultimately comes down to a choice between my "job" and my "career." No matter how much fun one show would be, I have to do the show that I think has the better chance of pushing my career forward. These are some tough choices that I have to make as an actor, and these choices never get any easier the more I have to make them.
Posted by Nick at 10:10 PM 1 comment:

In February, I am headed back north to Allentown and CCC to work with old friends on a production of "Trust" by Stephen Dietz. I have long been an admirer of Dietz' writing, but I have not yet had the chance to appear in one of his plays. That all changes soon, when I will get to play Roy, a character unlike any other I have yet played at CCC. He is quite passive, quite meek, and a man who is acted upon rather than a man who drives any action himself. A very unique chance for me, and I'm looking forward to it.
On Wednesday night, I went up to CCC for the callbacks for the play to read with the young actresses called back for the female roles. Dave and I both took turns reading sides with them, a process which took almost four hours before Tim the director decided he had seen what he needed to see. Of course it was another few hours of talking outside about the casting decisions before I was on my way home, but it was a good night.
I always love sitting in on auditions because I learn so much that I can apply to my own career. With a very important audition coming up on Tuesday, I used these as a little class for myself. I saw what really work and what didn't work so well, and I took mental notes to prepare for Tuesday. I also realized that I do my best work when there is nothing at stake. My six times through the same scene were all different, all present in the moment, and all completely authentic for the scene that was being played. It was a great exercise in artistic freedom that I should keep with me as I audition on Tuesday. Always learning and staying on toes in this career.
Posted by Nick at 11:05 PM No comments:

Come see me in person!

Well, yes, I know that many of you see me anyway. That is, if I have more readers that my girlfriend and JParis. :) But I do have three followers, which is exciting. So, hello followers!!
Anyway, as I've been mentioning, I am working on a new play that is being workshopped. It is having it's first public reading in a few weeks, the evening of Dec 15. The information is available on the Walking Fish Theatre website here. This is their logo for the play: 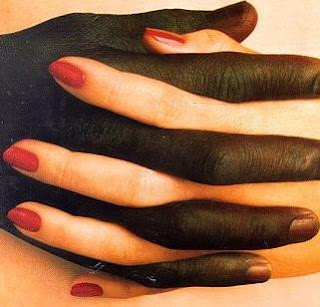 I hope to see some of you at the reading, and those that I don't see will hear about it on this blog. Thanks for playing along at home.
Posted by Nick at 10:57 PM No comments:

One peculiar element of this acting business is the small community in which we all work. Good actor/businessmen can work those connections to hear about upcoming auditions and then use those connections to again get an audition for a job. The networking element of this business is one that I'm not so good at yet, but one that I am trying to learn as quickly as I can. Especially in a theatre community as small as the one in Philadelphia, knowing the right people can benefit actors if they play their cards right and strike while the iron is hot. But enough overused metaphors.
A current co-star of mine told me about an opening in a theatre that just came up. Technically, her boyfriend had to back out of a role leaving an open spot behind him that she knew about. So I emailed the people I knew at the theatre, and I now have an audition for that show on Tuesday. I'm normally not that on-the-ball when it comes to following through on connections, so I'm pleased with myself. I have almost a week to prepare for this audition, and I'm going to be working on it every day. It's a big opportunity, and I'm going to make the most of it.
Posted by Nick at 1:13 PM No comments:

For those of you who could not made EECD in person, here is an online scene from the show. This was the top of the second act, and it features the heaviest and most "serious" wrestling in the actual show. Enjoy.